Chromogenic differentiated result, in your clinic.

InTray COLOREX GBS agar is a chromogenic medium for differentiation and isolation of pure cultures of Streptococcus agalactiae (GBS). The test can be performed with samples of composed of mixed populations of bacteria, e.g., vaginal or rectal swabs, urine, feces, etc. COLOREX GBS is not intended for use in the identification of colonization with GBS to aid in the prevention and control of GBS in healthcare settings. COLOREX GBS is not intended to diagnose GBS infections, guide or monitor treatment for infections, or provide susceptibility results. Sub-culture is necessary for bacterial identification and susceptibility testing.

You'll immediately experience a reduction in:

Label InTray before use. 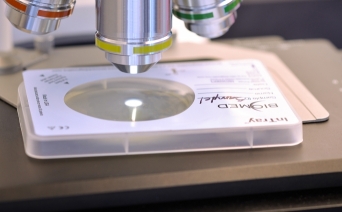